Antarctic sea ice, in the form of immobile coastal “fast ice” and the more extensive moving pack ice (see Antarctic Sea Ice #1), supports one of the most extensive and productive ecosystems on Earth and is crucial to the structure and function of Southern Ocean marine ecosystems that are highly attuned to its presence and seasonal rhythms.

Changes in Antarctic sea-ice coverage and seasonality, thickness (and snow cover depth) and properties have wide-ranging consequences with cascading effects across food chains. These effects include:

Looking to the future, sea-ice coverage is predicted to significantly decrease by the end of this century in response to anthropogenic warming (see Antarctic Sea Ice #3), leading to significant reductions in ice-associated primary production and sea ice-dependent species – including Antarctic krill, Antarctic Silverfish, Adélie and Emperor penguins, Weddell and other pack-ice seals, and southern minke and other whale species. 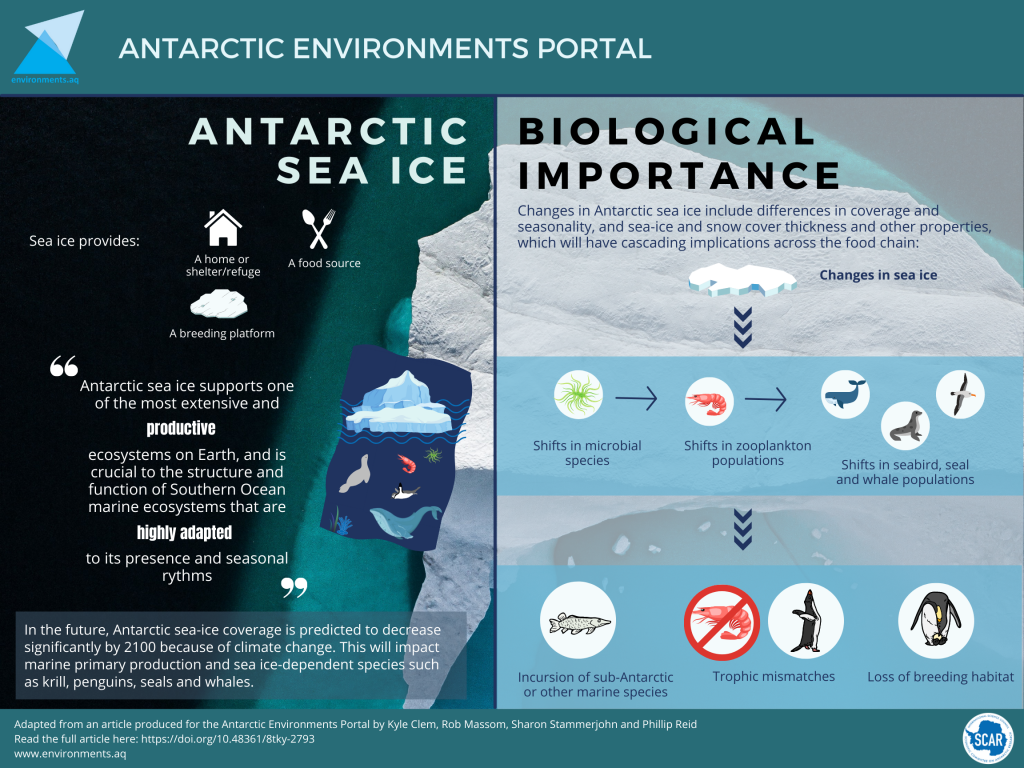